Oct 19 Walmart and Spartanburg county announced the building of the new Walmart Distribution Center which will be a 720,000+ sq’ foot distribution center in Lyman. Location is set for Fort Prince Rd. Below is the article, please read then following is my entire comment.

A press release said Walmart will invest $450 million in the 720,000-plus, square-foot facility in Lyman and create more than 400 jobs with a combination of associates, automation technology, robotics and machine learning to process grocery perishables. The new center is set to open in 2024.

It will be built on a 201-acre site at the 750-acre Fort Prince Industrial Park on Fort Prince Boulevard (Highway 129) and will be Walmart’s largest grocery distribution center.

“There aren’t many announcements that come close to this one in regard to overall impact in Spartanburg County,” stated David Britt, chairman of the county’s economic development committee. “Walmart’s decision to locate here will provide growth opportunities not only for residents, but our community as a whole for years to come.”

Lyman mayoral candidates Glenn Greer and Marc Garcia, who along with Rick Hellams are hoping to succeed retiring Mayor Larry Chappell, said Tuesday the project will be a game-changer for Lyman.

Greer said Walmart chose the Lyman site in large part because of its available infrastructure and location Greer between Atlanta and Charlotte, near Interstates 85 and 26 and the Inland Port at Greer.

He said Lyman will benefit from the jobs and expanded tax base, which will bring in more revenues to the town’s budget.

“We love having industry come in and move our tax base forward,” he said.

“We are located truly in a great location to be able to serve their corporate needs,” Garcia said of Walmart. “We have citizens who live on that road who would now have to deal with the significant increase in traffic.”

Britt said the project brings the total investment in Spartanburg County to a record $1.71 billion with 3,500 new jobs.

He said Spartanburg County was competing with other states for the distribution center.

“Anytime a Fortune 500 company is looking to invest $450 million in a state, you better believe there is a multi-state competition and this was the case,” he said. “Spartanburg, South Carolina, rose to the top based on our reputation of supporting business and industry that is connected to the nationwide and global economy.”

The agreement also provides a total of $6.3 million in special source revenue credits, which would be reduced if the company does not meet its minimum investment.

Very few projects in South Carolina are large enough to warrant a “super fee” rate of 4%, which is generally reserved for those investing at least $400 million.

BMW Manufacturing in Spartanburg County is one of the few to receive a 4% rate 28 years ago. Since it opened, BMW has invested more than $11 billion and created 11,000 jobs.

The sale means the entire 750-acre park has now been sold, Colliers said. The other developments facilitated by Colliers and under construction at Fort Prince include The Cubes at Fort Prince and Hunt Midwest’s Fort Prince Logistics Center. 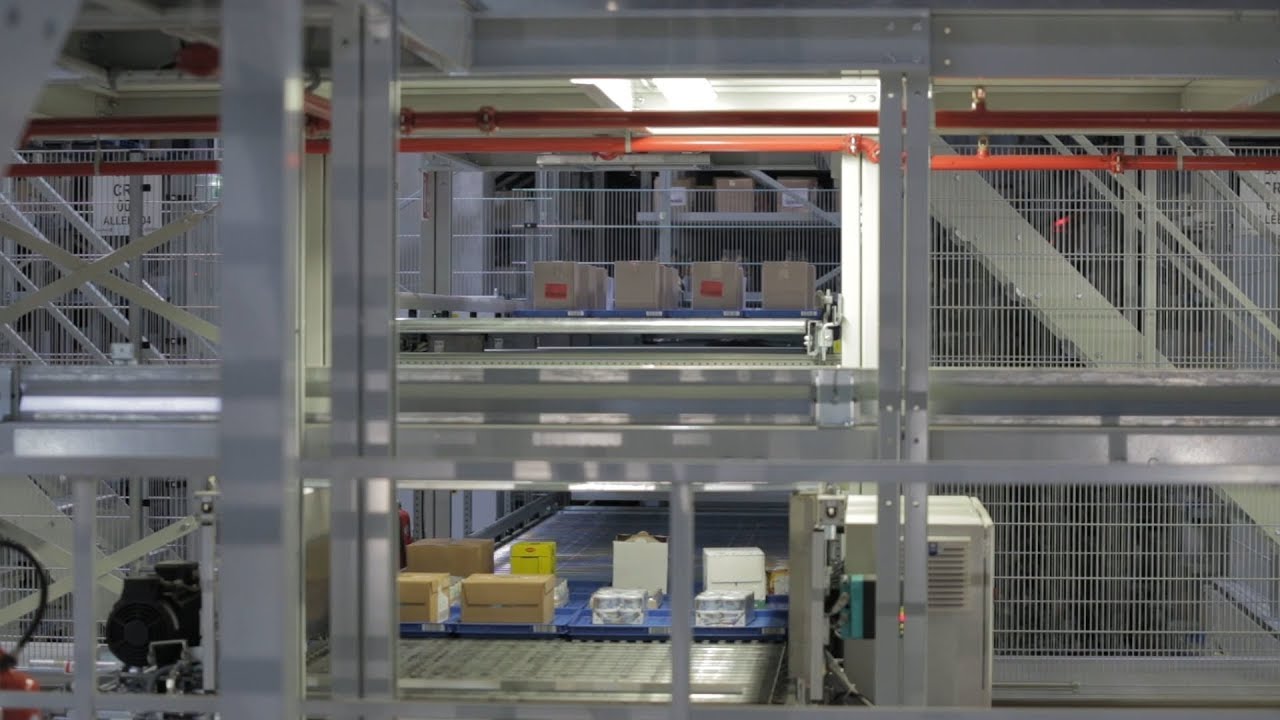 The Lyman distribution center will rely on a combination of employees, automation, robotics and machine learning to process perishable goods — such as produce, eggs, dairy, flowers and frozen goods — and deliver them to nearby stores, according to Walmart.

The center is part of a larger investment the retailer announced earlier this year to double down on the use of automation technology in supply chain. Walmart operates four distribution centers, 122 retail stores and employs over 30,000 associates in the state.

“Walmart’s high-tech grocery distribution center will include game-changing innovations that are radically disrupting the supply chain, getting products onto shelves for our customers even faster, while saving time for our associates,” said David Guggina, senior vice president, automation and innovation at Walmart U.S.

Staff writer Bob Montgomery contributed to this story. He can be reached at bob.montgomery@shj.com.

Tamia Boyd is a Michigan native who covers breaking news. Email her at tboyd@gannett.com, and follow her on Twitter @tamiamb.

Thank you for reaching out on this.. This is indeed some interesting news.

It is evident that Walmart Corp sees our area as a viable asset. We are located truly in a great location to be able to serve their corporate needs. Less than 5 miles from the Inland Port, and less than 5 miles from I85 and I26, they will join the ranks of Fedex and Addidas.  Not to mention Walmart already has a return center in our backyard @ 5795 N Blackstock Rd, Spartanburg, SC.

This land that has sat for so long for sale I have always desired a shopping center in that area however been cognizant of the need for updated infrastructure. I believe this is the case with this new distribution center. The use of large trucks coming and going requires that Fort Prince Road be enlarged. NOW is the time to begin that planning. Not waiting, which has been the modus-operandi of our current town council, until it is built. We have citizens who LIVE on that road who would now have to deal with the significant increase in traffic. I believe Walmart has done their research on this, and it would behoove me as the new elected mayor to meet with them and find out their development plan, and plan alongside with them. We know that the area has passed rezoning approval, planning should have started then however do not think so, seeing the record of our current town council.

In summary I am in favor of the jobs for our citizens. Yet I am very cautious as to the plans of town council to simply sit and wait for state or county to update the road – not taking into consideration the citizens who live there (like one of my constituents “K” of Fort Prince Blvd) who have already been trying to get state and county to do something for years. I also would wonder what type of communication has happened between David Britt, SCDOT and our town council to collaborate the counties excitement with the logistical needs of our town and the town of Wellford.

..let me clarify not against Walmart being there and the benefits of them coming. Just the lack of infrastructure planning and yes the steep discount FOR 40 YEARS. for 400 jobs (potentially)…?

is what we stand for!

You cannot copy content of this page.if you are news media looking to cover the campaignyou can email us to gain access.